The National Experts of the ELLN

The Chair’s mission is to produce and involve in high quality research with the highest scientific standards in the field of Comparative Labour Law, International and European Labour Law.

For the realization of its goals, the Chair of Labour Law and Civil Law participates in national and international labour law networks and organizations. One of these networks is the European Labour Law Network – a tool for the promotion of debates on Europe’s future developments in labour law. The European Labour Law Network (ELLN) engages 31 legal experts in the field of labour law coming from different European counties who are dealing with both individual and collective rights/aspects; the ELLN is further assisting the Directorate-General for Employment, Social Affairs and Inclusion of the European Commission in Brussels. The legal experts – members of the ELLN also participate in a study group on a Restatement of European Labour Law which aims to develop a so-called Restatement of Labour Law in Europe.

The Chair of Labour Law and Civil Law, Faculty of Law, Goethe University of Frankfurt am Main has been awarded a major two-year research grant within the call: Improving expertise in the field of industrial relations (VP/2014/004) of the Budget Heading Industrial Relations and Social Dialogue – European Commission. Prof. Dr. Bernd Waas will coordinate the European research project „Restatement of Labour Law in Europe.”

Legislative developments at the European level have led to a partial harmonisation of labour law in Europe. However, many aspects of labour law, such as wage levels and the right to strike, remain the domain of national legislators. The different rules existing in the Member States of the European Union may sometimes raise problems. Then again, these differences may be considered beneficial as they can inform policy-makers about alternative solutions to what are often similar questions. In any case it is important to improve the knowledge of these regulations and at the same time put this information in a framework where a comparison with regulations from other legal systems will be made possible.

The Restatement of Labour Law in Europe serves this very purpose. The project acknowledges that different approaches can be found in the legal systems of Europe; these approaches are deeply respected and must be highly valued. At the same time the project will provide the framework for a comparative analysis. Where differences exist, they should be identified and clearly concretized. Where commonalities exist, they should receive the same attention.  The members of the European Labour Law Network have shown great interest in developing a Restatement of Labour Law in Europe. By developing such a Restatement, all project participants wish to contribute to the academic discussion on labour law in Europe.

As of 1 January 2015, the Restatement of labour law in Europe is supported financially by the European Commission. Project partners are:

● The Confederation of the German Employers' Associations (BDA),

● The European Association of Labour Court Judges (EALCJ), and

● The European Foundation for the Improvement of Living and Working Conditions (EUROFOUND).

Two parts of the work on a Restatement of Labour Law in Europe are to be completed and published by the end of 2016: a Restatement on the “concept of employee” and a Restatement on “atypical employment relationships” (part-time, fixed-term and temporary agency work).

The first meeting of the ELLN project on the Restatement of Labour Law in Europe took place on 12-14 February 2015 at the Representation of the State of Hessen to the European Union in Brussels, Belgium. The topic of this project launch meeting was the Restatement on the “Concept of Employee.” The meeting was organised by the project team of the Goethe University of Frankfurt am Main, Germany, and offered the opportunity to communicate and exchange information about the current status and the carefully developed plan and outlook of this project.

Below you can find a summary of the Chair’s current research projects: 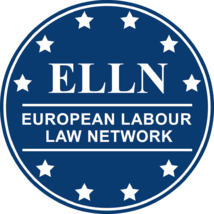