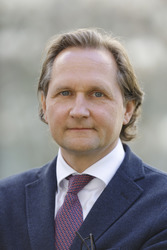 Thomas Duve is professor for Comparative Legal History at the Goethe-University Frankfurt am Main and since 2009 scientific member of the Max-Planck Society, since 2010 Director at the Max Planck Institute for European Legal History.