Seminar "The Economic and the Social in European and International Law"

Seminar "The Economic and the Social in European and International Law"

This seminar is about the tensions and conflicts between economic and social objectives in European and international law. After the Second World War, the newly emerging European and international legal regimes put the emphasis on the integration of economic orders and left the organization of the welfare state largely to the national level. The idea was that national governments would ensure a balance between economic and social policy goals in accordance with the preferences of their citizens. However, welfare states came under pressure as a result of the economic liberalization that began in the 1970s, and even more so in the course of the financial crisis beginning in 2008 and the pressures it created for public budgets. Some therefore question whether European and international law still ensure a fair balance between economic and social objectives. For ist part, the European Commission has announced the creation of a social pillar to rectify perceived imbalances.

The seminar will analyze these tensions in a number of in-depth studies. They extend over theoretical and historical questions, current doctrinal issues, and questions about the potential future development of European and international law.

The seminar will be taught jointly by Professor Costamagna and Juniorprofessor Goldmann. Participating students will therefore have to give their oral presentations in English. The language of their seminar papers should also be in English, unless otherwise agreed with the teachers.

Outline of the Kolloquium (PDF).

Enrolment: No prior enrolment necessary. Just come to the first class or write me an e-mail.

Module description: This Kolloquium focuses on the relationship between law and the financial sector in a profound sense. Its goal is to investigate, both in practice and in theory, the multiple, intricate relationships between the law and the financial sector and how they mutually shape each other. Each session usually requires the preparation of two texts, one of them being of a more theoretical nature, the other one being more practical with a focus on concrete cases. The theoretical texts will introduce participants to important strands of past and contemporary research that have a bearing on the relationship between law and finance. Authors include Weber, Hayek, Polanyi, the law & economics literature, Foucault, and recent scholarship related to the financial crisis. Practical texts and cases will include sovereign debt litigation, investment law, as well as monetary and regulatory issues from Europe and beyond. The introductory session on 11 April 2018 will provide an overview of the subjects to be covered and requires no prior readings.

Course requirements: Basic knowledge of European and/or International law; interest in and/or knowledge of questions of finance and democracy.

Grade requirements: To get a grade for the Kolloquium, students need to write two reaction papers which engage critically with one of the readings, theoretical or practical, which are discussed during class. Each reaction paper may comprise between 1,500 and 2,000 words and may be written in English, German, French, Italian, or Spanish. Reaction papers are to be sent to goldmann@jur.uni-frankfurt.de on the day before the course. The reaction papers will be assigned to students based on their preferences as indicated after the first  class.  In addition, active class participation is required. This includes doing the readings on a regular basis. The readings have been selected with a view to keeping the amount of time necessary for their preparation within reasonable limits.

Session No. 1, 11 April, "For Immediate Release: Law in a Capitalist Economy"

§ 1 Capital and Capitalism & § 2 Capitalims and Democracy

Session No. 3, 25 April, "Dark Shadows: Law and the Disembedded Economy"

Session No. 4, 2 May, "The Mountain King: Neoliberalism and the Law"

Session No. 6, 30 May, "The Chrysanthemum and the Sword: Poststructuralism and the Law"

Session No. 7, 6 June, "Smoke Gets un Your Eyes: Constructivism and Bounded Rattionality"

Session No. 8, 13 June, "Meditations in an Emergency: Law in Democratic Capitalism after the Crisis"

Session No. 9, 20 June, "Tomorrowland: Blockchain and the Law" 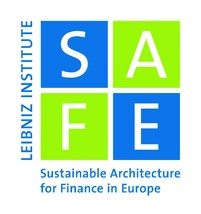